MNet’s Carte Blanche did an article recently about buying a home:

Buying a house is high stress, so many prospective home owners welcomed the protection the Consumer Act was intended to afford them. But it’s not that simple: what if a buyer discovers latent defects post purchase? Does the blame lie with the seller or the estate agent – or is it just the buyer’s bad luck? Carte Blanche finds out.

The transcript is provided below:

It’s possibly the single most expensive purchase you’ll ever make, but beware, home buyers – the much lauded Consumer Protection Act may not be protecting you the way you hoped it would.

Devi Sankaree Govender (Carte Blanche presenter): “While the CPA does give you recourse for defective goods, who would you hold responsible if the roof of the house you’ve just bought starts spouting leaks and the walls start cracking – all within a month of moving in?”

The stress of running a hotel business in the Drakensberg took its toll on Lyn Selvan’s health. She and her husband, Kevin, decided to change gear and moved to the coast.

In January, after looking at properties for a day, they picked this 4-bed-roomed home in Salt Rock on KwaZulu-Natal’s North Coast.

Kevin Selvan: “We bought it on a whim really – it felt good, it had the right amount of space, we liked the view… So we decided to buy it.”

In March, in the midst of Hurricane Irene, the couple moved in.

Kevin: “The rain came down and the water came in.”

Instead of a cosy home to weather the storm, the roof let in water like a sinking ship and revealed a nasty underbelly.

Kevin: “The rot had taken place over a long period of time. The ceilings are black. The cornices are falling off.”

Devi: You didn’t see that though?”

Kevin: “Probably because we didn’t look properly. We were here for fifteen minutes so we didn’t see everything.”

Devi: “Like many people buying a home, the Selvans had made an emotional purchase and were now suffering from a severe case of buyer’s remorse.”

Based on an inspection of the property’s patent defects before they moved in, Kevin and Lyn say they were aware of the obvious problems that needed fixing.

The granny flat had damp issues and there was a leak in the sunroof on the patio lounge.

Lyn Selvan: “When we came to look at it, and signed the offer to purchase, it [ceiling] was all painted over and everything was fine, but the first rain it just fell off!”

And that was just for starters. Lyn says the home is riddled with latent defects.

A latent defect is defined as: a hidden flaw, weakness or imperfection which a seller knows about, but the buyer cannot discover by reasonable inspection,

Worried, they called in professional house inspector Eric Bell. Not good news – the roof was in a state. 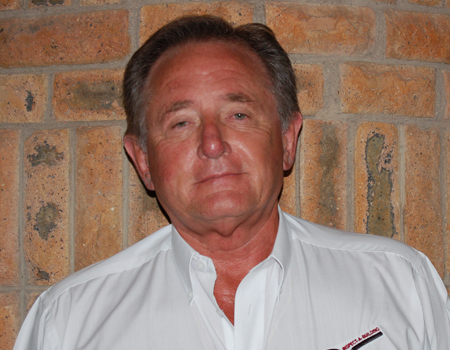 Eric Bell (Inspect-a-Home): “The underlay is totally torn and perished.”

And it got worse; the roof was in fact structurally unsound.

Eric: “There is just a single nail holding it [roof truss] in position and this is a strut brace, which is totally wrong…”

According to Eric, the roof leaks because the pitch is too flat. Instead of running off towards the gutters, rain water puddles in the grooves of the tiles and causes a leak.

Eric: “They should be at a minimum pitch of 17.5 degrees; they are probably less than 8 degrees. That’s why it has to be replaced.”

The cost to replace the roof is approximately R 120 000. And that’s just the beginning of a list of repairs the Selvans hadn’t bargained for.

Devi: “When you bought the house for R2-million what was your budget to fix up?”

Kevin: “Its, seems that everything that we touch has a problem associated with it.”

Before the new Act came into force, properties were sold using the ‘voetstoots’ clause.

Devi: “Historically, this clause has protected sellers from being sued for defects that came to light well after the sale was done and dusted.”
Some believe this still applies if a property is purchased as part of a private sale.

But when the sale is done through an estate agent, ‘voetstoots’ flies out the window. In fact, the whole issue becomes murky, and is a fiercely contested legal debate.

In one corner we have those against… those attorneys who argue that estate agents are not ‘suppliers’ in terms of the Consumer Protection Act. Unlike car dealers, they don’t take ownership of houses at any point – they are intermediaries. They say homes can continue to be sold ‘voetstoots’.

In the other corner are those who believe estate agents do indeed fall under the act’s description of a supplier, because of their role in the promotion of the ‘goods’.

But with few cases yet to go before the Consumer Tribunal, un-savvy home buyers are finding themselves with bloody noses.

Bob Wynn is a conveyancing attorney.

Bob Wynn (Conveyancing attorney): “If they market your property you fall within the ambit of the Act.”

According to the Act:
– A supplier is a person who markets any goods or services.
– An intermediary means a person who, in the ordinary course of business and for remuneration or gain, engages in the business of […] offering to sell to a consumer, soliciting offers for – or selling goods.

Some people argue that even private sales fall under the Act

Bob: “Various of my colleagues believe that if you sell your house privately, you’re not a supplier; you are not one of those people who should be covered by this Act. I disagree with them. The Act says it shall apply to every transaction, agreement, advertisement, production, distribution, promotion, sale or supply of goods or services.”

So what does this mean for the buyer?

According to the National Consumer Council, should a consumer discover defects which were not divulged, the seller ‘and the agent becomes jointly and severally liable to the consumer’.

Devi: “Who do you blame here?”

Lyn: “I blame the estate agent.”

The owner of the Salt Rock property lives abroad. Pam Golding Properties in Ballito sold the house on his behalf. Branch principal, Clive Greene, is of the opinion that estate agents don’t fall within the ambit of the Act.

Clive Greene (Pam Golding Properties, Ballito): “As far as we understand it the Consumer Protection Act is there to protect buyers if they are buying from somebody who trades in selling houses. In other words: a developer.”

He says they cannot be expected to take the rap in the Salt Rock case. The previous tenants, who lived in the house for 18 months, told them there were no other leaks, other than the one on the patio.

Clive: “The agent did do her job; her job is not an expert to climb into the roof and find out what the roof is.”

Kevin and Lyn say the agent knew the roof hadn’t been properly inspected because she was there the same day as the workmen.

Despite this, they were sent an email assuring them that, ‘the rest of the house and the roof [had] no problems.’

Lyn: “I think that if you are selling a product – no matter what product that is – you should know your product inside out.”

Bob: “An estate agent is a person who earns his living selling houses. He holds himself out to be an expert in the selling market. He or she should be able to see at a glance where there are problems.”

The agents agreed that the Selvans could reverse the sale.

Lyn: “And then when we got home there was an email from the attorneys saying that the seller holds us responsible for costs.”

With their finances stretched, Lyn felt they had no choice but to go through with the deal. Kevin contacted the owner directly who agreed to drop his price by R75 000.

But, in future, sellers and estate agents may not get off so lightly.

In the meantime, the Estate Agency Affairs Board, the EAAB, has come up with this disclosure document, the Immovable Property Condition Report.

Devi: “The idea is that the seller must disclose everything wrong with the property he’s selling.”

Devi: “If these disclosure documents were put together in an effort to protect the estate agent, can this work in court?”

Bob: “No, because that is seeking to circumvent the provisions of the Act, which you can’t do.”

To be fair, the EAAB document says it’s not a guarantee and/or warranty of any kind by the owner or agents. But not all estate agencies have this printed on their version of the form.

There is concern that disclosure documents like this may lull uninformed buyers into a false state of security, making them less vigilant in checking houses for defects.

A buyer, who recently bought a house in Durban, was given a disclosure document by a Remax estate agent. It didn’t have the warranty exclusion on it.

But the buyer was savvy.

On the form, the seller marked ‘no’ to the question ‘Are there any roof leaks?’

Devi: “Still the buyer wanted to be sure and insisted that a home inspection company give the house a once over.”

He doesn’t want his identity or the property’s location revealed.

Eric carried out the inspection. The corrugated iron roof was completely corroded.

Eric: “And unfortunately it’s been repaired so many times that it actually cannot be repaired anymore. It needs to be stripped and re-done completely!”

The elderly home owners had been unaware of the problem.

Eric: “They haven’t been on the roof for years.”

So they dropped the asking price.

Chairman of the Remax Property Group, Peter Gilmore, agrees the disclosure document could give the wrong impression, but says it’s unintentional.

Peter Gilmore (Remax Property Group SA): “Discloser documents are there really to document what is said between the seller and the agent and the purchaser, so that everybody is on the same page.”

Peter also believes estate agents don’t fall under the Consumer Protection Act. They are still selling houses using the ‘voetstoots’ clause. Even though Bob says the Act seems to have given it the boot.

Bob: “The most important thing that is covered in this Act is that the Act provides certain guarantees that never existed before.”

Devi: “The Act states if a consumer buys something and within six months it proves to be defective in some way, they can return it for their choice of a refund, replacement or repair. But when it comes to property it gets tricky.”

Bob: “Now with property, you can’t expect the person to supply you with another one, but they have got to fix up what the problem is.”

But when does the six month period start? When the buyer moves in? Or when the transfer happens at the deeds office? With buyers, sellers, conveyancing attorneys, estate agents and banks all part of the game, it could be a messy brawl.

Peter: “It’s not just a single transaction. The bank is involved and huge amounts of money are paid out.”

Peter believes that reversing a sale is not the answer. He suggests home inspections become mandatory as in America, New Zealand and parts of Australia. The seller foots the bill.

Peter: “Once the inspection is done they can then decide whether they want to move forward with the transaction or not.”

IMPORTANT DISCLAIMER:
While every attempt has been made to ensure this transcript or summary is accurate, Carte Blanche or its agents cannot be held liable for any claims arising out of inaccuracies caused by human error or electronic fault. This transcript was typed from a transcription recording unit and not from an original script, so due to the possibility of mishearing and the difficulty, in some cases, of identifying individual speakers, errors cannot be ruled out.